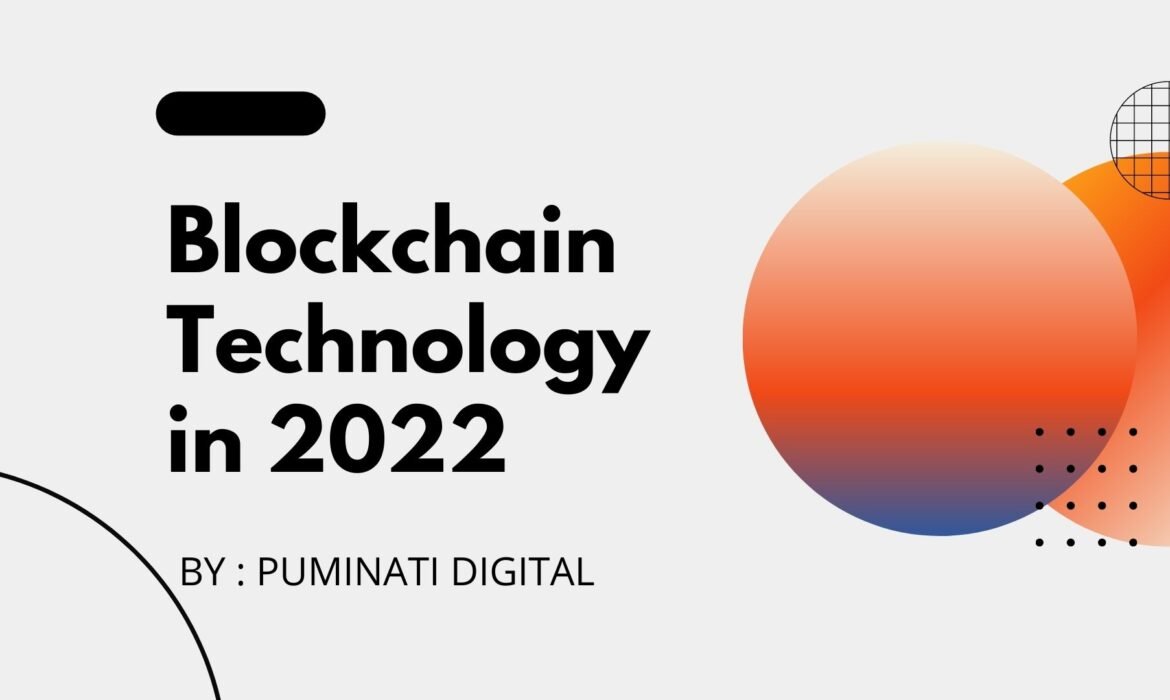 What is Blockchain Technology?

Learning about the term Blockchain is not rocket science. Blockchain is simply a method of storing information in such a way that makes it almost impossible to change, hack, or cheat the system. In detail, a blockchain is a digital ledger of all the transactions that are duplicated and distributed across the entire network of computer systems on the blockchain. In a Blockchain, there are a number of blocks and each block contains a number of transactions. So, every time a new transaction is made on the blockchain, a record of that transaction is added to each and every participant’s ledger. This decentralized database can be managed by multiple participants and is known as Distributed Ledger Technology (DLT).

When we talk about Blockchain, it is also a type of DLT in which transactions can be recorded with a cryptographic signature that is called a hash. What does this mean? It means that if there is a change in one of the blocks in the chain, then it would be very clear that it has been tampered with. It is very hard for hackers to corrupt a blockchain system. If someone wants to hack they would have to change every block in the chain, across all of the distributed versions of the chain.

There are many types of Blockchains such as Bitcoin and Ethereum which are showing constant growth as blocks are being added to the chain. As the number of blocks increases it makes the security of the ledger more strong. Blockchain Technology in 2022 will have quite a positive impact on people’s life.

Why is there so much hype around Blockchain?

Digital money is not a new concept in fact there have been many trials to create digital money in the past but they were not quite successful. Why were they not successful? The main reason was the trust issue. If there comes a new currency, what are the chances that the creator won’t make millions of dollars for themselves or steal everyone’s money?

But this is not the case with cryptocurrencies like Bitcoin and Ethereum. These currencies were designed to solve this trust issue problem by bringing in a specific type of database called a blockchain. If you look at the normal databases like SQL, then you need someone to change the entries, which can be risky as someone can misuse it. This is not the case with Blockchain as nobody is in charge of it which makes it quite safe and different.  So who is in charge? Well, the users are in charge, i.e, the people who use it. Cryptos can’t be faked, hacked, or double-spent so they can be trusted by the masses. This is the reason why there is so much hype and the growth of Blockchain Technology in 2022 is quite promising.

In today’s world, there is a wide possibility for blockchain technology. The development of this technology has made it possible to bring us one step closer to a decentralized platform where there is transparency in transactions. So if you are planning to invest in Blockchain technology in 2022, it is really important to be informed of the latest trends in blockchain development. Also, at Puminati Digital we present you with a few ways in which the blockchain will impact our future lives.

The world is changing at a fast pace and one change that is very relevant in blockchain technology is the use of cryptocurrencies. Also, it has made its place and it’s going nowhere in the coming future. But, other than cryptocurrencies there is another future blockchain technology that is gaining popularity: Non-Fungible Tokens (NFTs). What are NFTs?

NFTs have a totally new concept of buying and selling digital assets that act on the behalf of real-world items. Just like cryptocurrencies, all NFTs are unique and can’t be replaced or swapped. You can only buy, sell, trade or gift away these tokens. Just like we collect and save rare collectibles, in a similar manner NFT such as any rare artwork or high-end sneakers can be digitally collected. NFT can also be included in the items section of the video games.

Blockchain technology is the future as it is secured and decentralized and it is almost impossible for hackers or anyone with evil intentions to tamper with the transactions. As all the data present is secured and trustworthy it lets the users indulge in much faster transactions with total security. This is the main reason why the banking industries are changing into the complete digital landscape.

The reason why the banking and financial services industry moves towards a completely digital landscape. Blockchain technology is already experiencing a boost and it is expected that 66% of banks will have blockchain solutions in the next three years. Also with blockchain technology, you can process transactions 24*7 thus bringing an advantage to the financial sector.

Blockchain technology has the potential to bring a change in the current digital identity system which can be safe, secure, and easy to manage. With a safe digital identity, we don’t need to remember the passwords and authentic questions that can be stolen by somebody. The digital identity created will be based on a unique set of random numbers that will be assigned to each user on a blockchain network. So, your identity cannot be hacked and is way more reliable than the current security solutions.

Purchase a car with no down payment

What if we say you could buy a car without going through those long processes and you won’t have to talk to the salesperson? Yes, it is possible with cryptocurrencies. Slowly the automotive companies are shifting from selling automobiles to simply lending them to customers. It might be possible in the future that you can pay for your car in cryptocurrencies and once you return it you get your money back in terms of currency tokens. Also, you won’t have to worry about monthly EMI or insurance. You can book your car in just a few simple steps with your phone.

Another benefit of blockchain technology is in the casting of votes during elections. It can be made easier, faster, and more secure than how we vote today. Also, it can help you to protect your identity when you cast a vote. Anyone living in the remotest location can simply cast a vote with the help of their mobile phones or laptops. It would be very time-saving as you don’t have to stand in a line to cast a vote.

To read more about such interesting topics you can head on to our blog sections.